Cheers to the Graduate

The first of six release events for our second annual batch of beer-for-a-cause took place on Thursday, August 22 at Flatstick Pub in Seattle's South Lake Union neighborhood - an area our Seattle branch calls home. Four more are coming up this week, all leading up to #CFS: Cougar Football Saturday, the kick-off game of the WSU Cougars football season.

This year's beer, the Graduate Golden Ale, is, a light, refreshing, crisp and slightly fruity golden ale brewed by award-winning local brewery, Ten Pin Brewing. Here's a glimpse of where you can try it if you missed it at our Seattle release event, though Flatstick - SLU will be serving it up during Saturday's game! #GoCougs 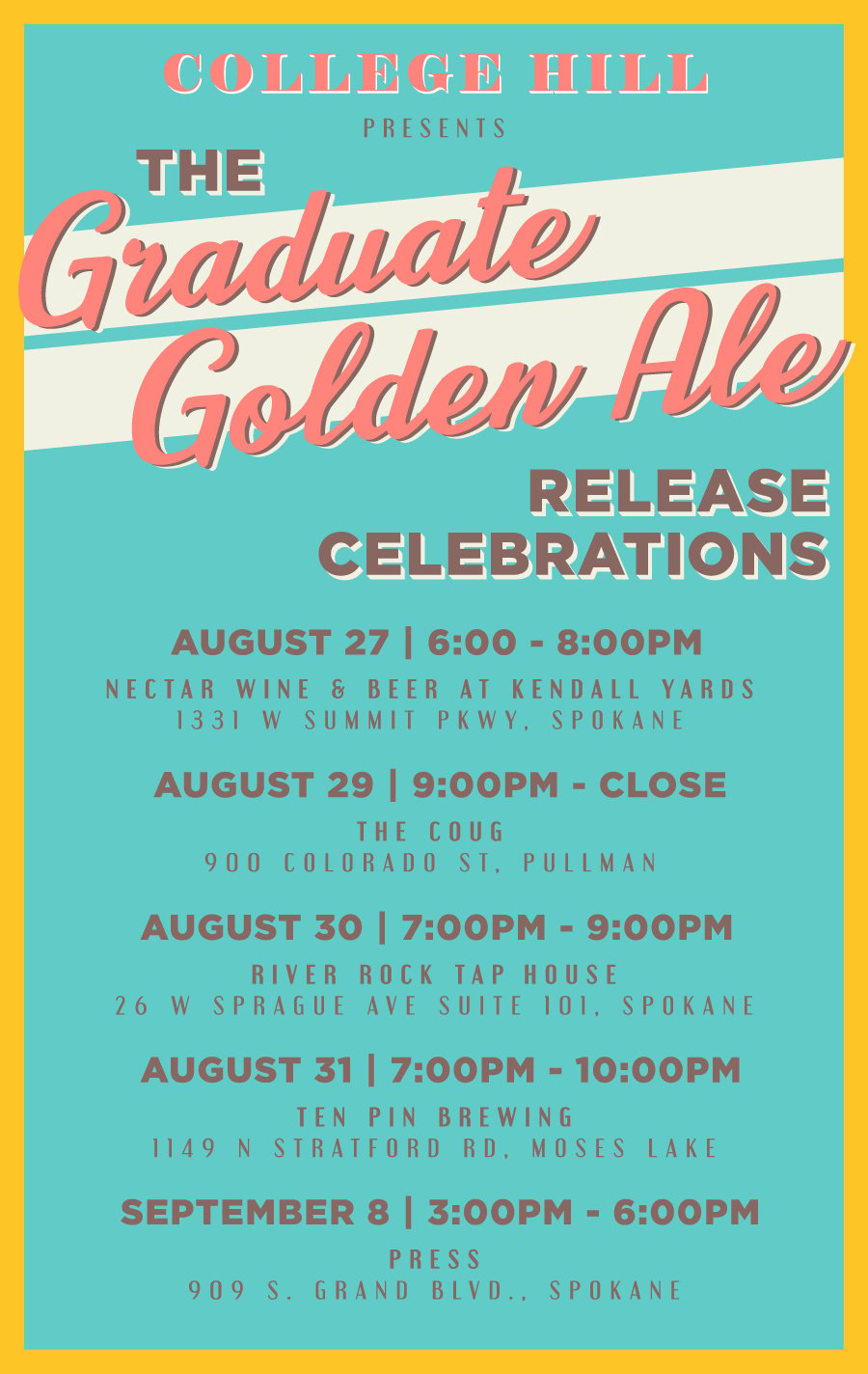 This ale is a collaboration between Ten Pin, Washington State-based hops growers Yakima Chief Hops and College Hill. Proceeds from all keg purchases by breweries, tap houses, pubs, bars and distributors go to a scholarship fund to benefit the Wine and Beer Business Management program in the Carson College of Business at Washington State University.

Additionally, at each release party for the Graduate Golden Ale, our generous bars / brew spaces will be donating $1 from every pint purchase back to the scholarship fund. We crushed the keg at event #1, totally emptying it with all the pints sold that evening.

Check out the press. 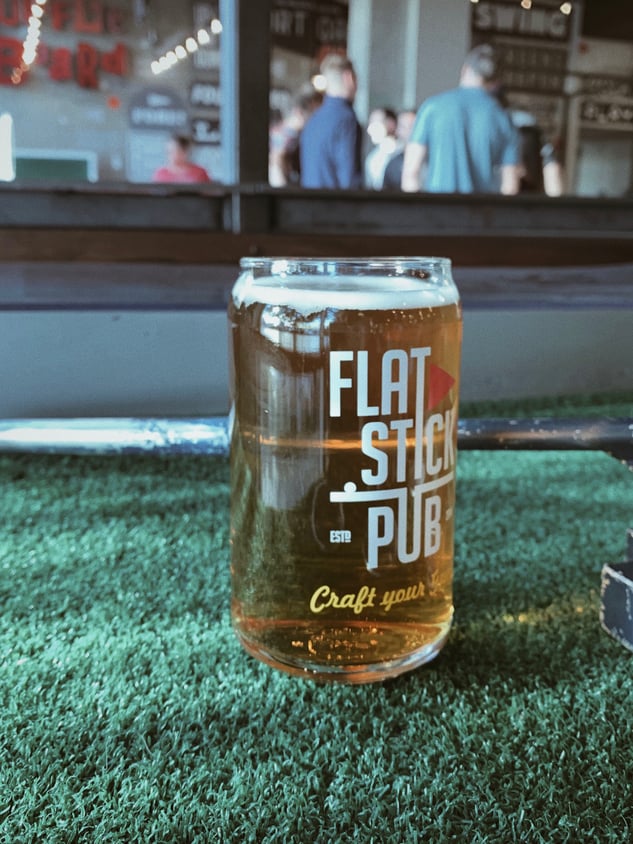 The scholarship directly supports students pursuing educations in the burgeoning brewing industry, with hopes that they'll continue their education and careers in an effort to help grow the innovative craft beer scene here in the great Pacific Northwest - or wine, if that's your thing!

This beer is delicious - we may be biased, but we think you'll agree. With release parties running from August 22 - September 8, this beer is the perfect transitionary beverage to get us from summer to fall. Its tropical fruit notes and light, bright taste are reminiscent of a warm summer day, but its malty backbone and touch of vanilla remind us of a crisp autumn day sipping a light, honey-ish Oktoberfest style beer. Ten Pin consistently churns out original and tasty beers, but we think this is their best one yet. 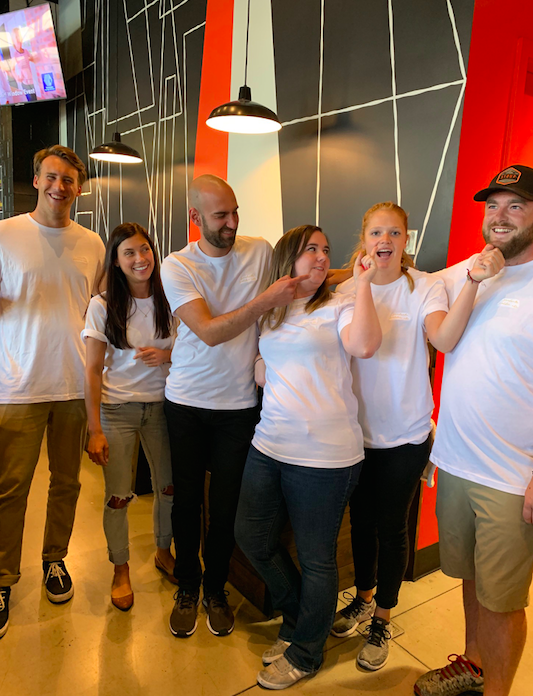 This is a limited edition brew, so you can only get this for a short time! Be sure to swing by one of the events listed above if you're in Washington State!

A special guest swung by the Seattle release party to kick off her birthday celebration - last year's scholarship recipient, Taylor! She now works in the Washington wine industry, so we know it's paying off. 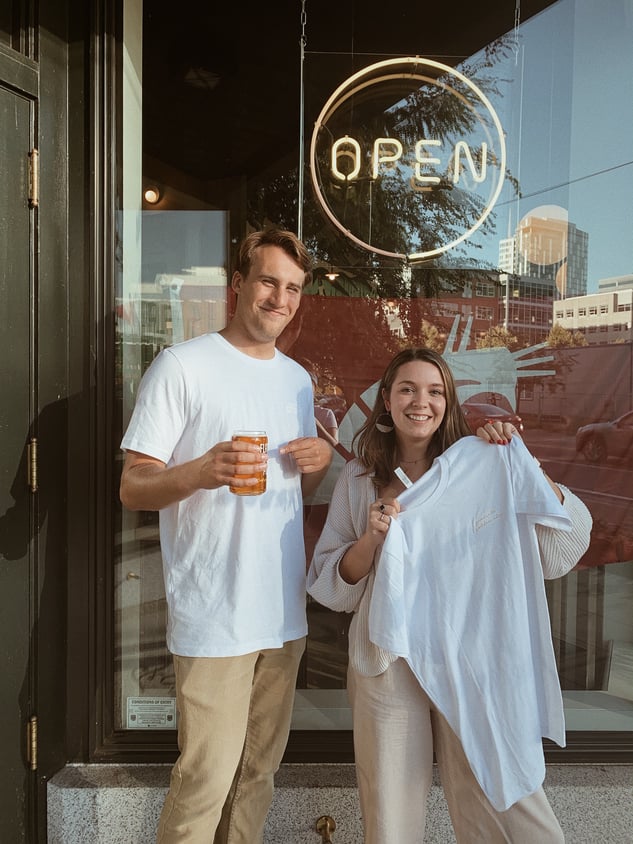 It was amazing seeing our beer at the top of the tap list alongside some of our favorites.

If you can make it to an upcoming event, be sure to grab some swag! 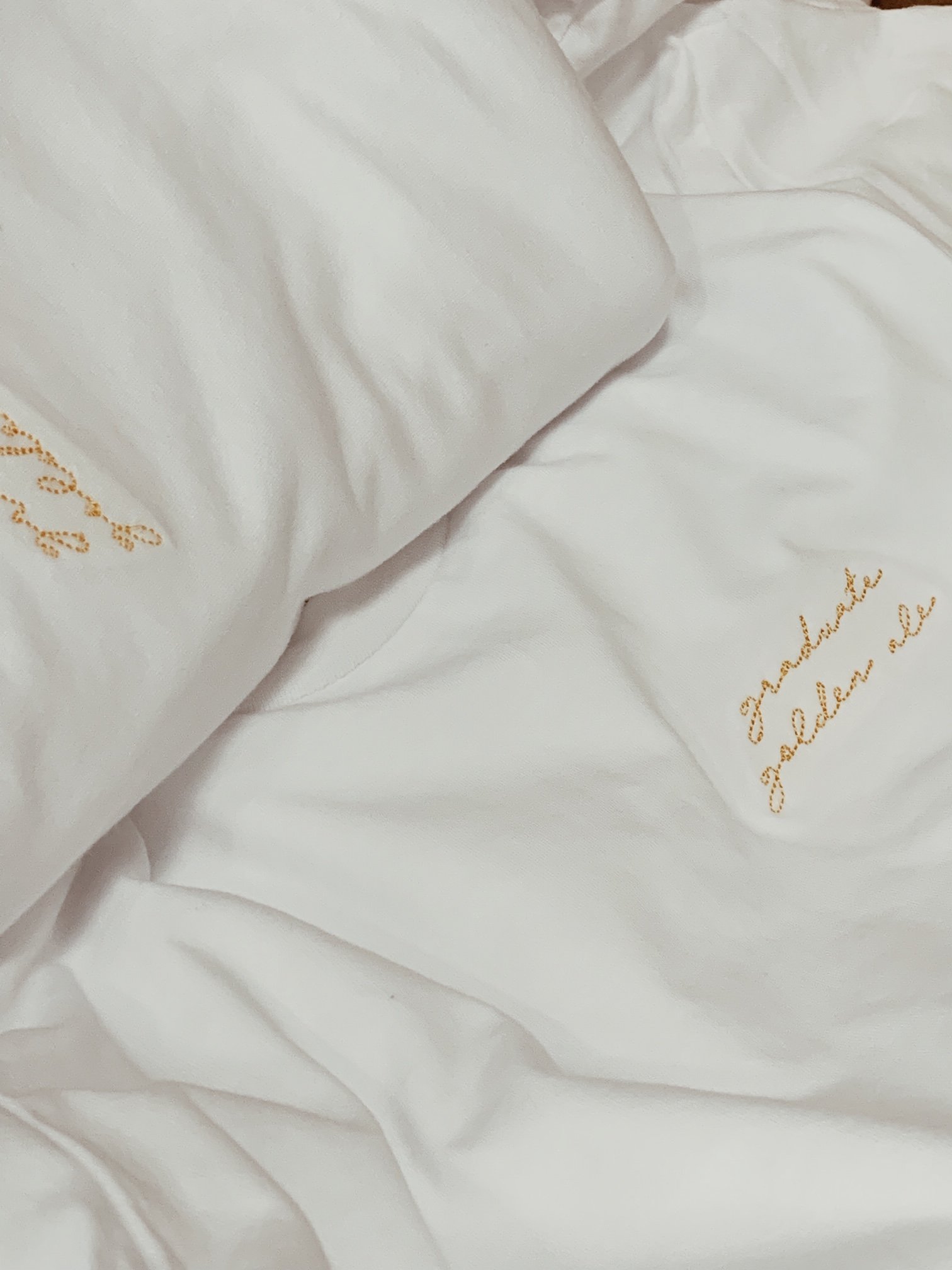 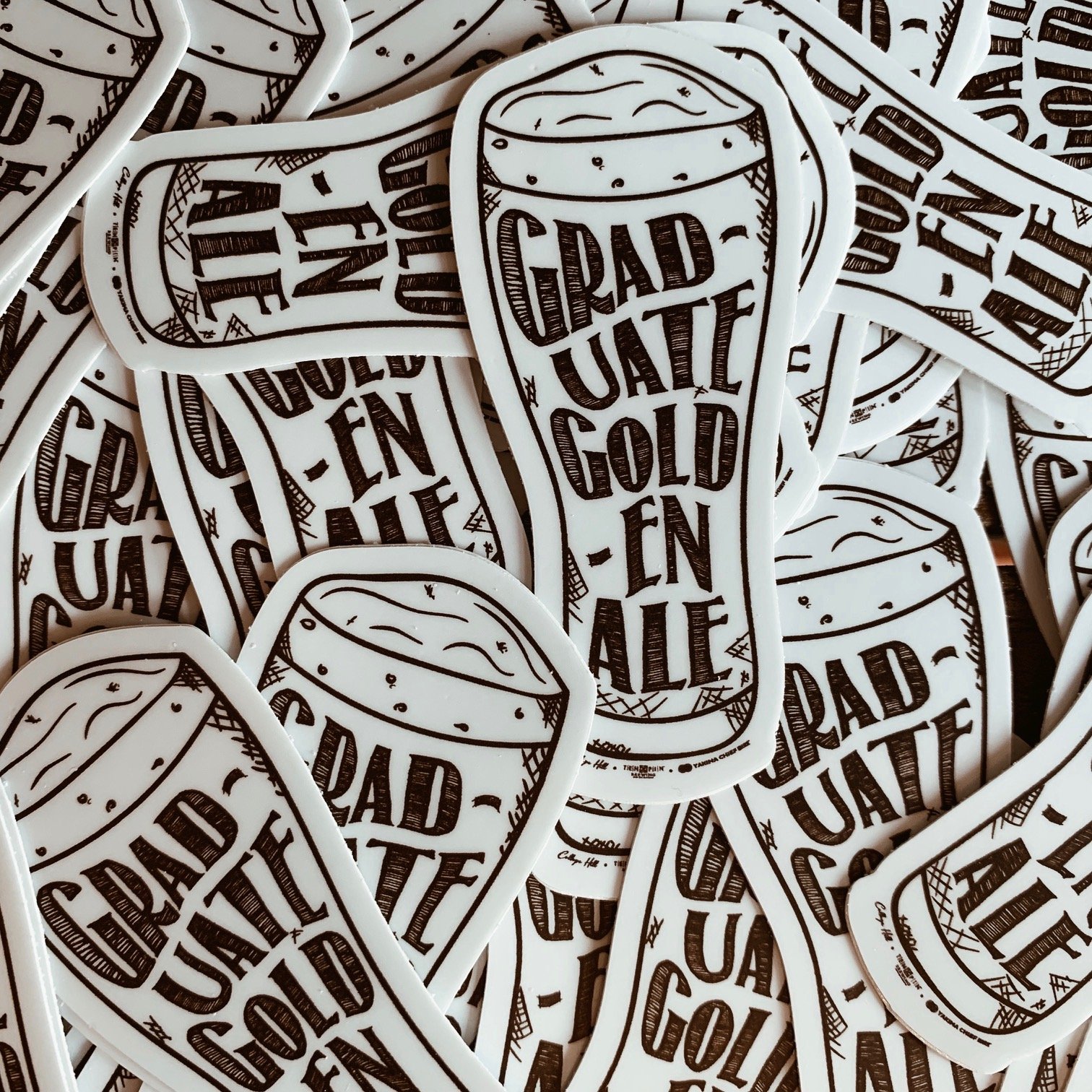