Here at College Hill, it’s no secret that we have a favorite team - the Washington State University Cougars. Anyone that knows a Coug fan knows their fervent passion for Cougar Football. It’s no surprise, then, that when ESPN announced that its pre-game show College GameDay was headed to Pullman a few weeks ago, the town went a little wild.

ESPN says: “For 15 years, the Washington State flag has flown during College GameDay, no matter what city or campus is hosting. Never once has the show visited Pullman, Washington, its home turf. Until today.”

According to the National Collegiate Athletic Association, the waving of the flag all started when a fan on the message board cougfan.com suggested that they fly a Cougar flag at College GameDay locations to attract the attention of ESPN.

Since then, it has traveled to 72 cities in 34 states. It has made an appearance on 216 GameDay shows, according to the Ol’ Crimson Booster Club. The flag finally came home just a few weeks ago. Did you catch the game?

Being headquartered in Pullman gave us a unique view to the action. 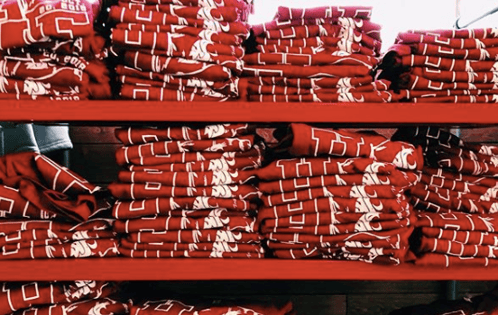 Here are just a few of our favorite highlights: